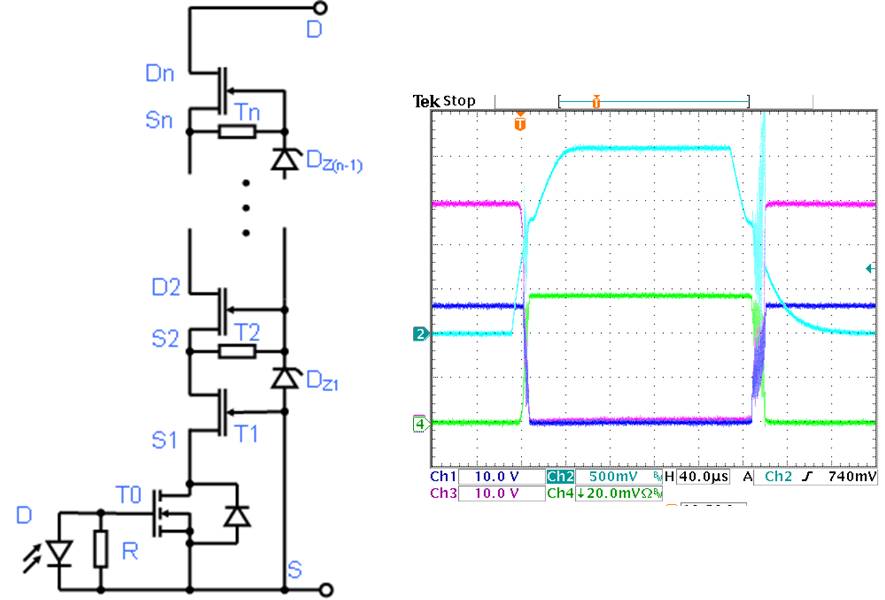 The optical control of a power semiconductor via optical fibers (FO), which ensures separation of the electrical potential, simplifies the design of a power electronic converter. Previously, there were only light-controlled thyristors that could be optically switched on but not off. This disadvantage is overcome by the inventive solution.

Power electronic devices must have a galvanic potential separation of the control. This can be achieved by optical fibre using power semiconductors which can be switched on and off optically and which also have advantages in terms of electromagnetic compatibility.

Fields of application can be energy technology, electrical energy supply and transmission and drive technology.

License for commercial use

You can close this window. You can find your search results in the previous window.

Cookies facilitate the provision of our services. By using our services, you agree that we may use cookies. More Info